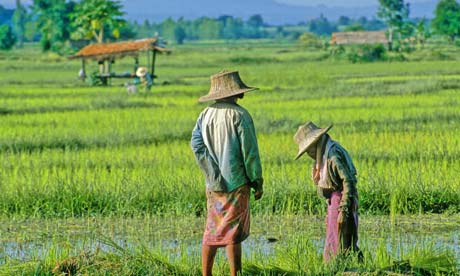 Transformation continues to be of great significance to governments of today. Currently under scrutiny are the ways programs are developed, funded and delivered. The issues are complex and intermingled: transparency and accountability, infrastructure renewal, and alternate service delivery. Governments able to master change will thrive; those that can’t will continually be challenged by increasing costs and public criticism.

Our services cover the area of:

The central government, is a general term for the government of a unitary state. The authority of the central government includes the authority in the field of foreign policy, defense and security, judiciary, monetary and fiscal, religion, and other authorities such as: policies on national planning and macro national development control, utilization of natural resources and strategic high technology, conservation and national standardization

Unitary Republic of Indonesia is divided into areas of the province. The province was divided again over the district and local town. Each of the provinces, regencies and municipalities have local government regulated by law.

Governors, Regents and Mayors as the respective Head of the Provincial Government, District and Municipal elected democratically. Local governments broad autonomy to run, except for governmental affairs which by law is determined as the affairs of the Central Government.

Regency is the division of administrative regions in Indonesia after the province, led by a regent. In addition to the district, after the provincial administrative area is the city. In general, both district and city have the same authority. District is not a subordinate of the provincial, district heads or mayors therefore not responsible to the governor. District and the city is an autonomous region which is authorized to regulate and take care of his own government affairs.

Ministry (official name: the Ministry of State) is the Indonesian government agency in charge of certain affairs in the government. Ministry headed by ministers who are members of a cabinet . The Ministry is located in the state capital of Jakarta and is under and responsible to the president. The total maximum of ministry are 34 ministries.